The Scottish beer scene is thriving; Fyne Ales, Loch Ness, Tempest, Cromarty (when I win the lottery I’m going to dedicate a room in my mansion to the storage of Brewed Awakening) are just a few of the breweries that are killing it north of the border.

Black Isle Brewery was a pioneer of this scene, starting up in 1998, and has always held a special place in my heart; partly due to it being one of my earliest discoveries on my beer journey, and partly because they have a core range that includes a red ale (nuff said).

We were up in Inverness a few weeks ago visiting the in-laws and managed to get along to their newest venture, The Black Isle Bar and Rooms not once, but twice! 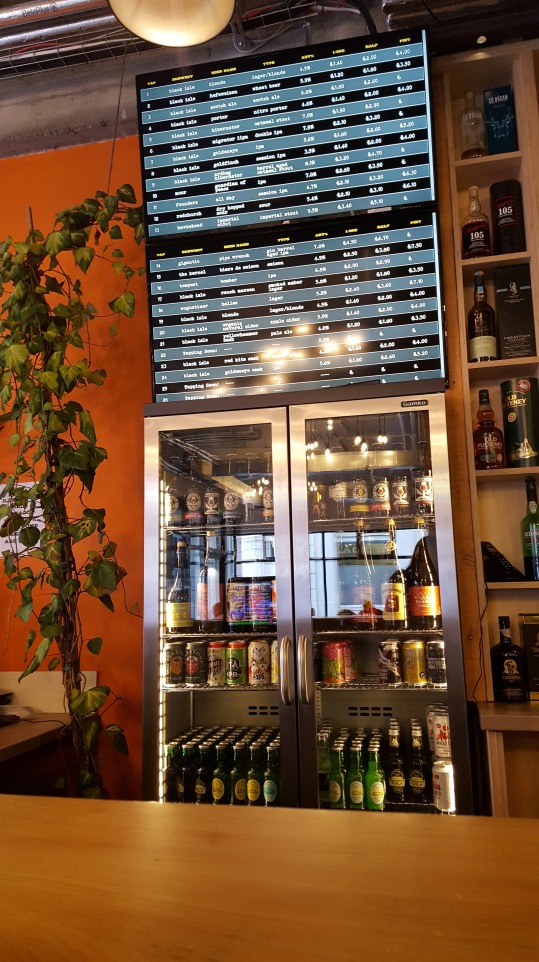 We first popped in on a Thursday in the early afternoon and were surprised to find it reasonably busy. It was a mixed crowd; friends enjoying a mid week pint, families meeting for lunch (they have an excellent pizza offering) and, as he was driving, my father in law enjoyed a coffee.

I hopped straight on the beer and chose a pint of their delicious porter followed by a can of Lupuloid (well I was missing London, you know). Black Isle Bar has more than 100 beers to choose from on keg and cask,  and in can and bottle. Many of the 26 taps are dedicated to their own beers of course, but with the brewery just a few miles down the road it doesn’t get much fresher than this. 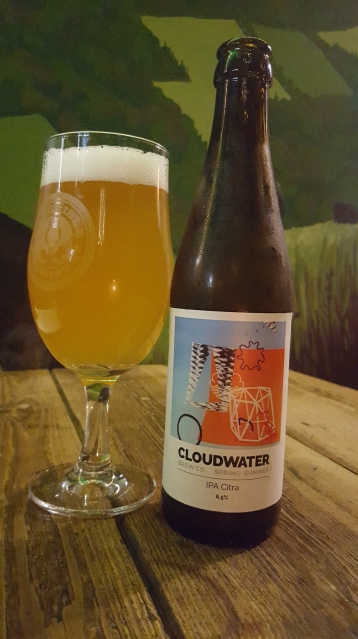 I have to admit I was a little unsure after that first visit. I enjoyed the rustic environment and was impressed by their huge beer range, but I wasn’t convinced by the vibe. That changed when we went back on Saturday night (shortly after we’d beaten Scotland in the rugby – needless to say I left my England shirt at home for that one). It was busy, and there was still a good mix of people, but this time they were all there for the beer. Oh, and the occasional – and delicious – wood fired pizza emerging from the UFOesque oven.

The large wooden tables and benches are set out in such a way that, unless you’re in a big group, you’ll probably find yourself sitting next to someone you don’t know – it’s not for everyone I’ll admit, but I liked the friendliness of it. With no music playing and no television to distract, the theme was good beer and good conversation.

The Black Isle Bar is the first of its kind in Inverness and it’s important to remember this, particularly when coming up from a bigger city like London or Manchester where we tend to take these things for granted. The bar’s impact should not be underestimated; speaking to locals there was a feeling that this was the start of something bigger for Inverness; something they hoped would spread across the city, and that would bring some much needed revitalisation to the high street.

Black Isle Brewery have done a great job here and I would thoroughly recommend a visit if you’re heading that way. I can say without a doubt that the next time I hit the Highlands, Black Isle Bar will be my very first point of call. Slàinte mhath!