First one was a session, second one was an ale, third one was unfiltered pils – photos not to scale (5 points if you sang that in your head – 10 points if you come up with another line).

A couple of months ago I attended the launch of Freudian Strip, a limited edition Vienna lager brewed by Hop Stuff, with artwork provided by a local artist. Let me tell you something about Freudian Strip: it was glorious. In fact, it was so good that it ran out about an hour in because the locals (well, as local as you can get in the City of London) were loving it too.

That beer forced me to think differently about Hop Stuff. I’d taken them for granted in a city awash with breweries and, frankly, made the assumption that they were fairly ‘standard’ and unexciting. When they asked me to try out a few of their cans in the core range I realised I hadn’t even tried them all before – so I’m not entirely sure what my judgements were based on, but I realised I needed to wipe the slate clean and start again.

A little background: James Yeomans, former City worker, launched the brewery in 2013 (along with his dog, but I can’t be sure how involved s/he was). In just 4 years they have opened their own bar, The Taproom (with plans to open 2 more) and the brewery has grown to house a team of 22 brewers, producing 400 kegs a week. At the end of 2016 they raised almost £750k through crowdfunding, so you know that expansion isn’t stopping any time soon.

But let’s talk about their beer

The core range is entirely of the pale variety, but I rather hope they pop a stout in there soon. For what is life without stout? No life at all, frankly.

Four Hour Session (4.2%), is an IPA that does what it says on the tin – packed with juicy hops and a finish just bitter enough to keep you coming back for more. 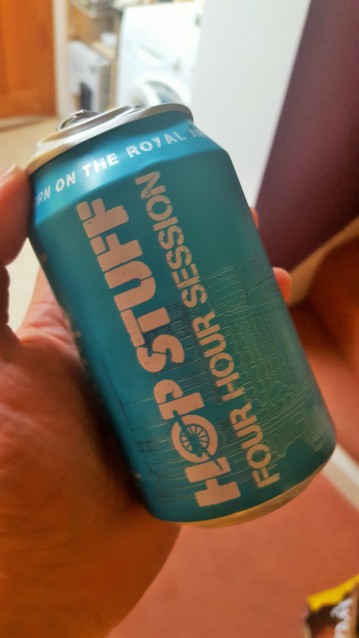 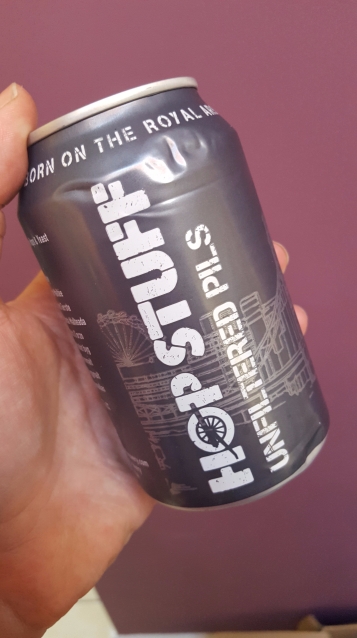 The next, Arsenal Pale Ale (3.8%), a nod to their birthplace, is another sessioner that uses no fewer than 5 hop varieties to pack it with flavour.

The Unfiltered Pils (5.0%) was a surprise favourite – its sweet maltiness and subtle spiciness a nod to the Czech style, but still very much London.

All in all a really solid range, with 3 great session beers that I’d be delighted to drink again and again. 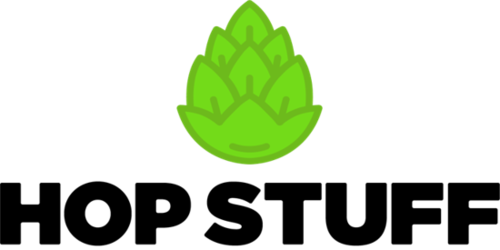 Although not yet evident on the cans I tried, Hop Stuff are going through a bit of a rebrand. I asked Doug Gilbert, Brand and Marketing Manager, about the rationale behind the new look.

“Hop Stuff is developing its look and feel to be more true to our mission” he explained. “The brewery started with the plan to make craft beer easier to access for everyone, so the new look is about fun and simplicity. We’re focusing on an aesthetic that is bright and lively, to make sure we look as contemporary as we feel.”

The blue distressed type and cannon is out – it was felt that many associated it with the famous football club rather than the brewery, which could be quite alienating to drinkers. The new logo is clean, vibrant and representative of a brewery who, while taking themselves seriously, want to put a little bit of fun back into every beer they brew.

Big thanks to Hop Stuff for sending me the cans for review. I’m a convert! Just, er, pop a stout in there, would you?