There was a time, in the not at all distant past, that if you were a coeliac (in other words – allergic to gluten) you just had to accept your beer free future. Well, not anymore! There is a small, but growing number of gluten free beer offerings and I’ve decided to pop them into this handy guide/blog post/rambling. This guide will also work for wanky people who get up at 5am to run 10k before work, faint at the sight of a bowl of pasta or say things like ‘I’m having a bread day’. 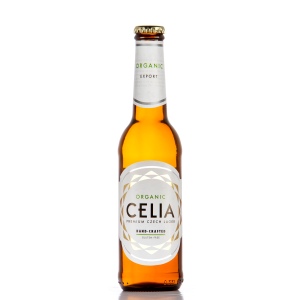 You’ve probably seen Celia in the supermarket before – it’s usually perched on the GF aisle next to that bread that could smash in a window. I only recently tried the light beer for the first time, but was pleasantly surprised by how well balanced it is; crisp and refreshing, with a malty sweetness followed by a gentle bitterness. Celia describes itself as a Czech lager first and foremost, showing there’s no need to compromise on beer quality and taste when it comes to GF.

I met Autumn Brewing Company at Taste London (which is on until June 18th should you be so inclined). They’re a new brewery dedicated entirely to brewing GF beers after a coeliac friend burst into tears and said ‘I JUST WANT TO DRINK BEER’ (okay I might have just made this up, but I think it adds a bit of drama to the story). The difference in their gluten free beers is that there is no barley used in the brewing process at all, just naturally GF malts and grains (such as quinoa).  They currently have 3 beers available – No1, No2 and, you guessed it, No3 – a Bavarian style pilsner, English pale ale and dark roast stout, but I am reliably informed there are more, exciting styles on the way.

Actually Chiltern Brewery have 4 GF beers in their range, but I’ve decided to go with my favourite; Three Hundreds Dark Old Ale, just a classic, medium bodied, dark and malty beaut. If you’re looking for something a bit lighter the Monument Gold Pale Ale (3.8%) is a good, sessionable choice.

However you feel about BrewDog as a company, they’re pretty good at this stuff and, by ‘this stuff’, I mean they’re good at packing flavour and hoppiness into everything they brew – and Vagabond Pale Ale is no exception.

The absolute joy of looking at/holding/drinking from a beautiful bottle from St Peter’s Brewery shouldn’t be off limits to anyone (well, except children or…murderers, but let’s not get pedantic about it). They also have dark G-Free, described as ‘full bodied’ and with ‘aromas of citrus and vintage marmalade’ which sounds utterly delightful.

Good beer should be available to all, and it’s great to see breweries tweaking a recipe here and there to ensure that. I’ve put just a few on this list, but there are so many more – do leave a comment if there are any absolute bangers I’ve missed out.

And, of course; Peroni, Estrella and even Greene King have their own GF offerings if that’s Your Thing (…but if that is Your Thing you might like to find a different Thing).